EarthStation: Architecture develops collaborative relationships with its well-informed, inspired and design-motivated Clients to create beautifully- crafted buildings and spaces that are uniquely specific to the parameters of each project.

The primary goal behind the machine that is EarthStation is the creation of Art in the context of the built environment.  EarthStation is about the striving toward some ideal that elevates the consciousness of those who occupy and make use of each building and space.  The intent is to create a pleasurable, memorable, and spatially innovative experience, often very subtle in its expression, but charged with the energies and vitalities of life.  EarthStation is passionate about the process that reveals something unique in all of us, and in all of our daily experiences, and our goal is to reveal those special characteristics in the form of Architecture.

An intensive dialog initiates the collaborative process; as a critical means of extracting those special characteristics about each project which lend themselves to the making of something unique.  These special characteristics, integrated with programmatic needs, client budget and schedule, building placement opportunities, construction technology and environmental context, generate the kernel that evolves during the design process into what becomes Architecture.

Architecture is the connective tissue between It is in the area of this connective tissue that EarthStation likes to play.  We are certain that each project has any number of appropriate solutions, and our duty is to find the solution that most comfortably aligns with the parameters of each project.  Rigorous analysis and a thorough questioning process lead to the discovery of the kernel that allows us to create the connective tissue.  We refer to this conceptual base repeatedly during the design process as a means of verifying the validity of our mission.  When the project has been completed, our measure of success is the complete satisfaction of the Client and the design team. Our job is to push back the boundaries of ordinary building technology to allow Architecture to enter into existence.  When we have effectively done our job, we have made a vital contribution to our built environment, and have offered a responsive, socially relevant solution that is appropriate to its time and to its place.  In doing such, we are making Art, and we are creating a powerful sense of place.

The primary goal behind the machine that is EarthStation is the creation of Art in the context of the built environment. Discover more about our vision.

Initially conceived in 1991, EarthStation became a working idea for Jeffrey Wren, which was primarily an exercise in the discovery of sound, valid, and timeless methods of   EarthStation became the vehicle by which these ideas were tested.  By entering design competitions and taking on relatively small commissions, a process was invented and slowly cultivated into the design process which we use to create our buildings today.  It is eminent that this process continues to evolve and be tweaked to maintain its validity in a world of ever-changing social, economic, and technological issues.

Meanwhile, as the idea of EarthStation was slowly simmering, Mr. Wren spent 12 years gathering valuable experience in a number of office cultures, and on a wide range of building types.  Throughout this tenure, Mr. Wren maintained his interest in the process of discovery and creation, while honing his technical skills, and overall knowledge of the practice of architecture.  It is this breadth of experience that makes EarthStation a viable and powerful enterprise.

EarthStation opened its doors permanently in June of 2003.  Using its residential and light commercial projects as a springboard, EarthStation has rapidly become a recognizable force in the architectural community of Atlanta.  By focusing on creating the highest quality of design, space, and craftsmanship, EarthStation intends to become a significantly larger voice in the world of architecture.  Our values combined with our desire to satisfy and inspire will take us to that precipice.

Our values combined with our desire to satisfy and inspire have taken us far.
Discover more about our history.

Principal Architect / Designer
As a Registered Architect with over 30 years of experience as an architectural designer and project leader, I have developed award-winning architectural designs, been published in trade magazines, served as a critic and teaching assistant at the university level, and developed the architectural documen   Having apprenticed with the internationally renowned architect, Antoine Predock, I have developed an architectural design sensibility that emphasizes meaningful juxtaposition of classic and contemporary forms, exploration of light, contrasts of materials and textures, use of symbol and space.  Maintaining a sharp focus toward the highest level of quality for our built environment, I can continue to express the full breadth of multi-disciplinary skills required to be a “complete architect”, while creating buildings and environments that serve client interests and expand the human imagination. 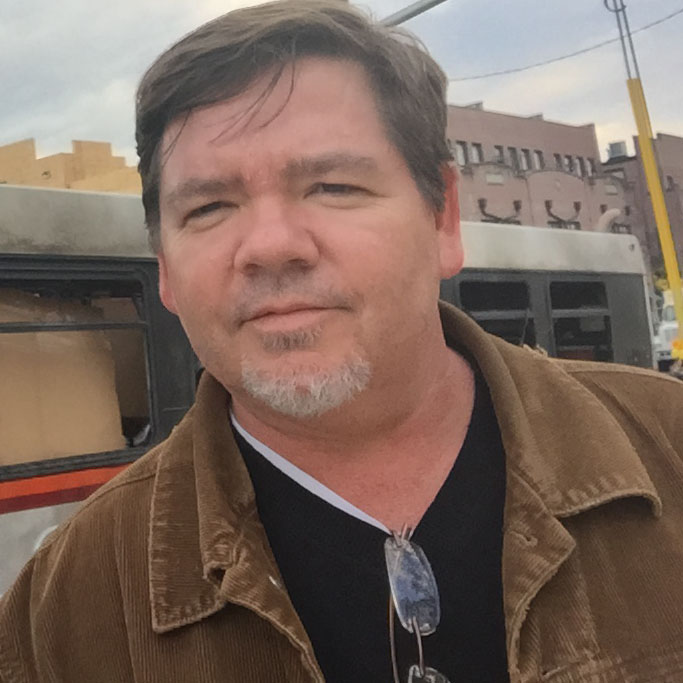